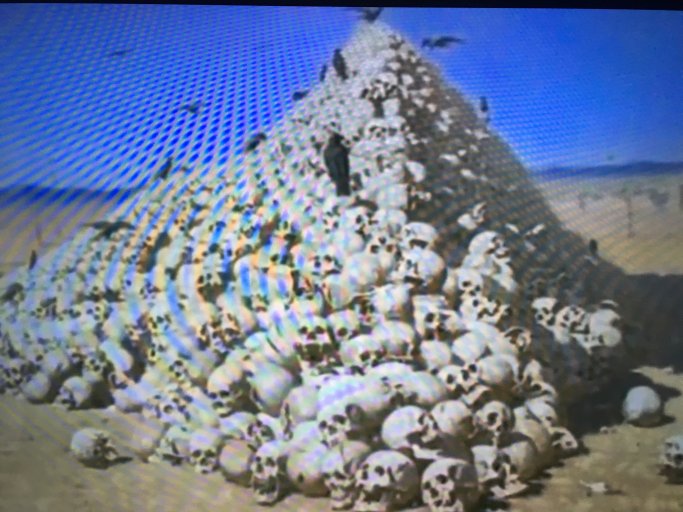 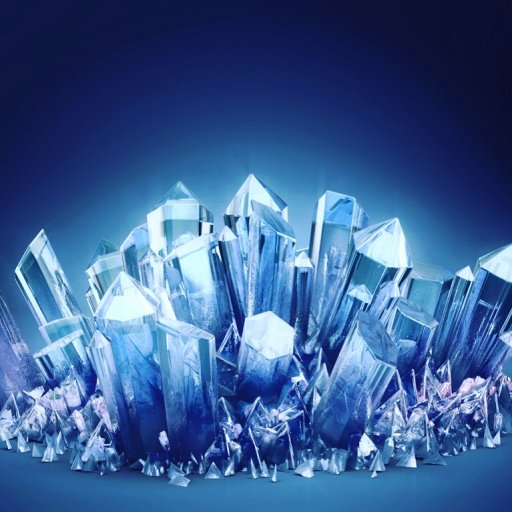 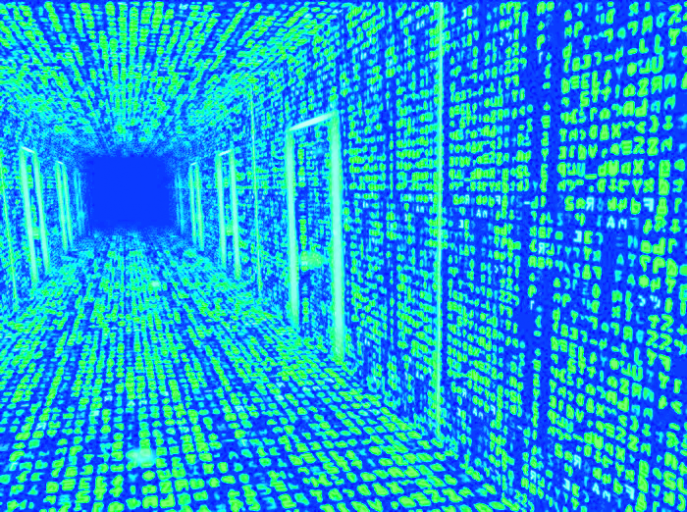 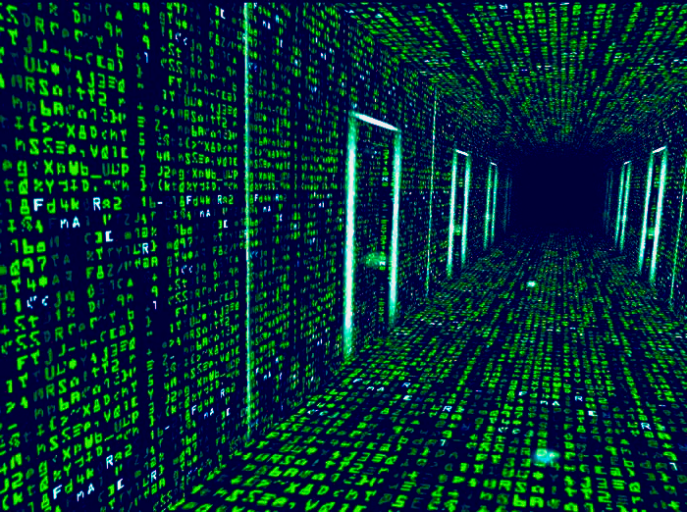 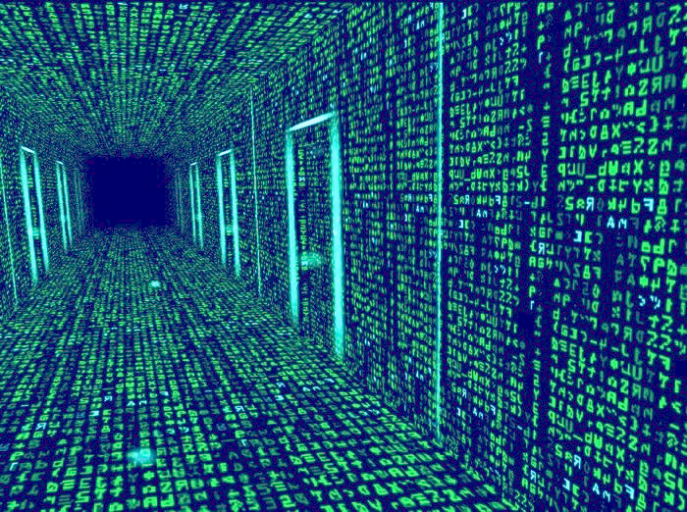 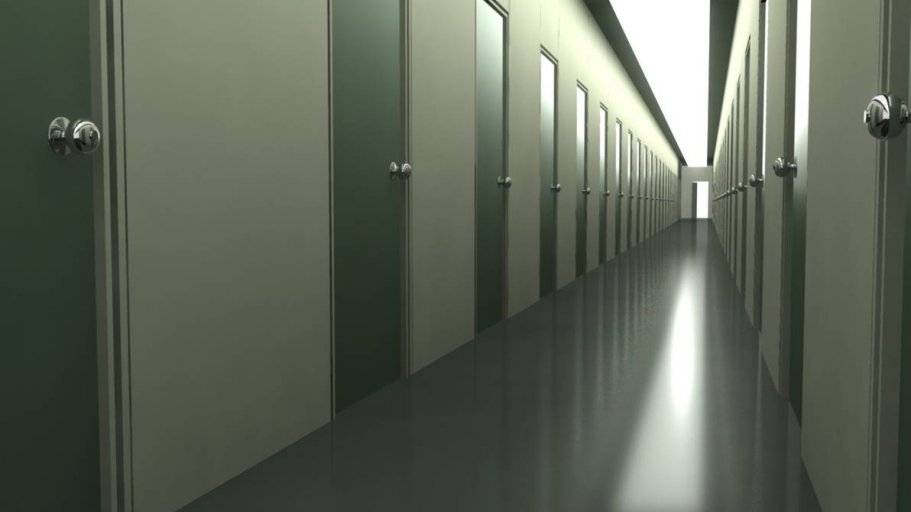 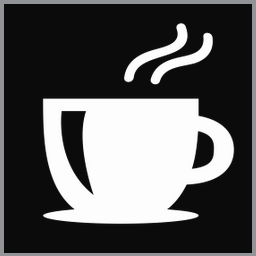 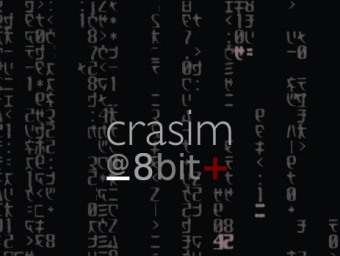 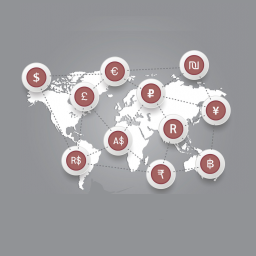 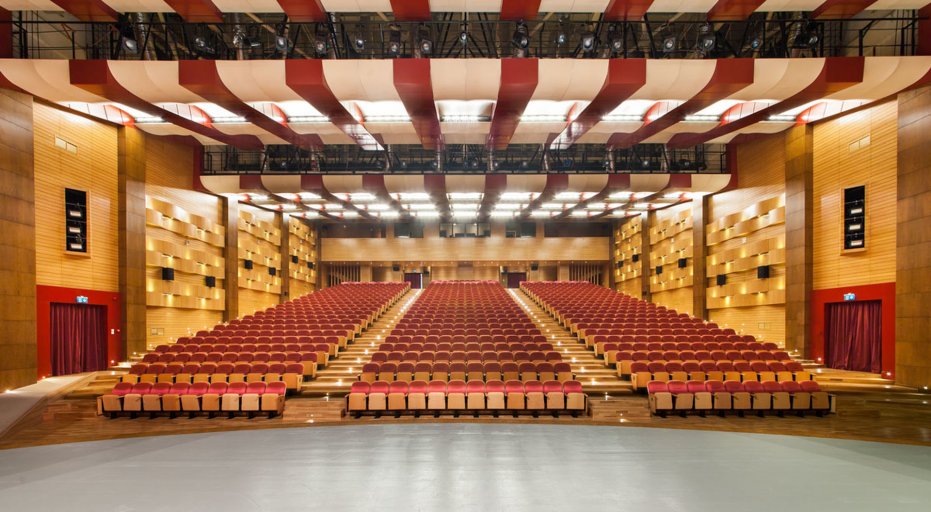 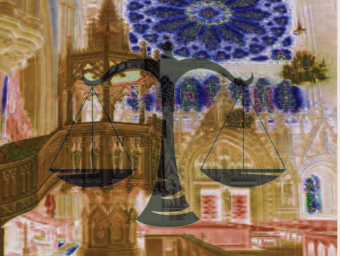 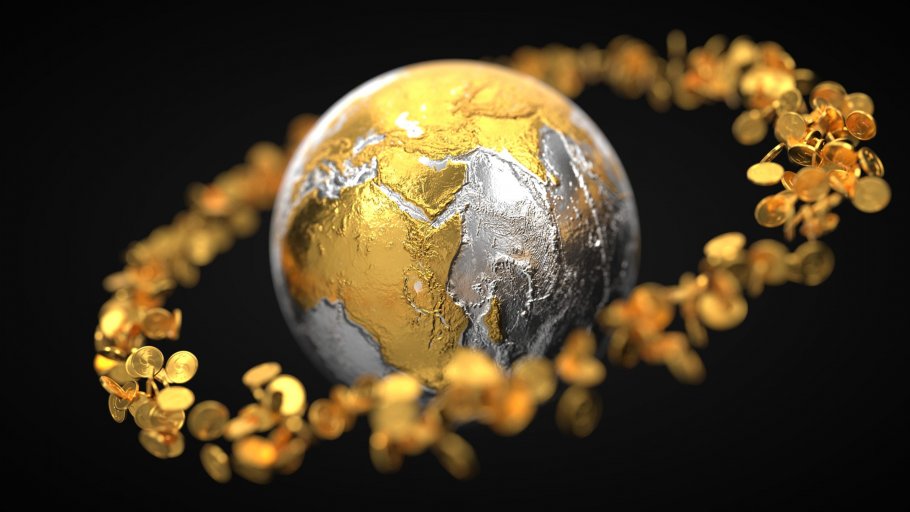 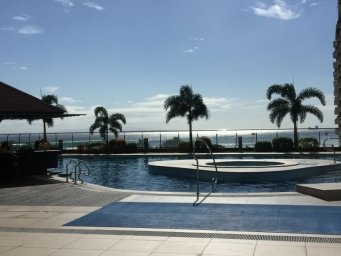 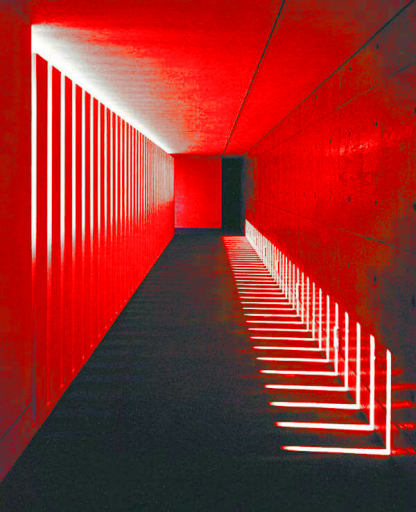 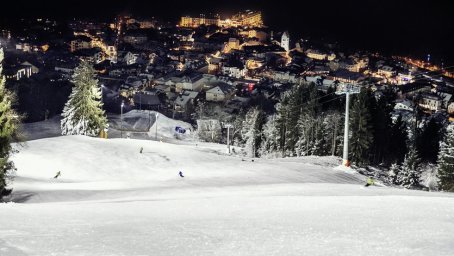 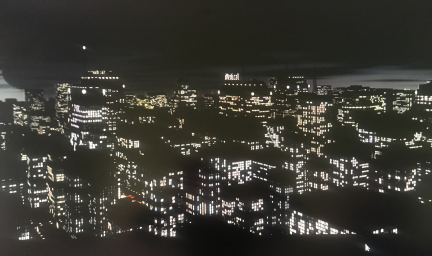 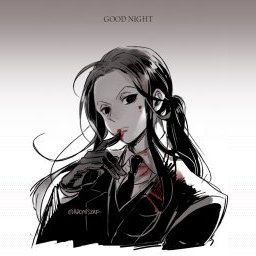 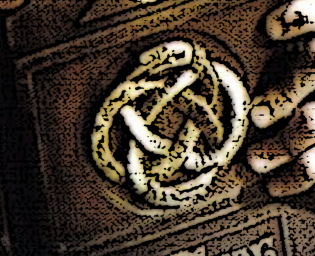 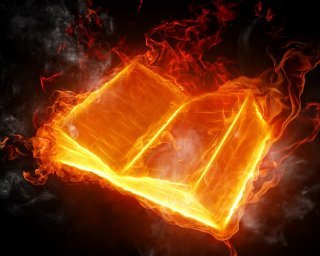 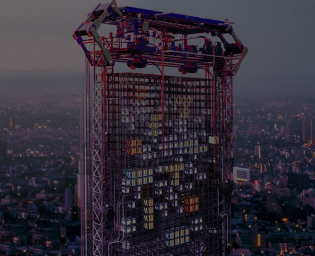 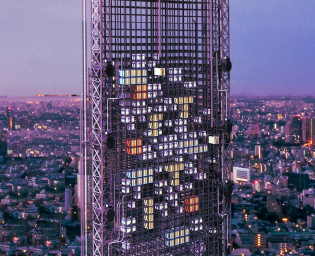 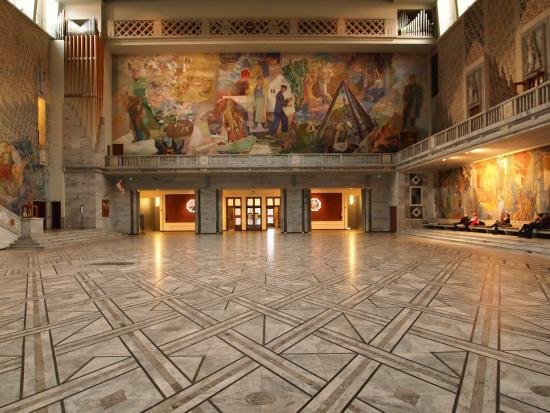 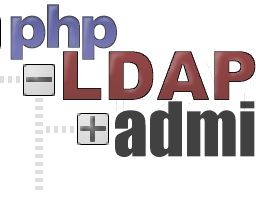 This document covers the ldapjs client API and assumes that you are familiar with LDAP. If you're not, read the guide first.

The code to create a new client looks like:

You can use ldap:// or ldaps://; the latter would connect over SSL (note that this will not use the LDAP TLS extended operation, but literally an SSL connection to port 636, as in LDAP v2). The full set of options to create a client is:

This parameter takes a single connection string or an array of connection strings as an input. In case an array is provided, the client tries to connect to the servers in given order. To achieve random server strategy (e.g. to distribute the load among the servers), please shuffle the array before passing it as an argument.

As LDAP is a stateful protocol (as opposed to HTTP), having connections torn down from underneath you can be difficult to deal with. Several mechanisms have been provided to mitigate this trouble.

The client is an EventEmitter and can emit the following events:

The last two parameters in every API are controls and callback. controls can be either a single instance of a Control or an array of Control objects. You can, and probably will, omit this option.

Almost every operation has the callback form of function(err, res) where err will be an instance of an LDAPError (you can use instanceof to switch). You probably won't need to check the res parameter, but it's there if you do.

Performs a bind operation against the LDAP server.

The bind API only allows LDAP 'simple' binds (equivalent to HTTP Basic Authentication) for now. Note that all client APIs can optionally take an array of Control objects. You probably don't need them though...

Performs an add operation against the LDAP server.

Allows you to add an entry (which is just a plain JS object), and as always, controls are optional.

Performs an LDAP compare operation with the given attribute and value against the entry referenced by dn.

Deletes an entry from the LDAP server.

Performs an LDAP extended operation against an LDAP server. name is typically going to be an OID (well, the RFC says it must be; however, ldapjs has no such restriction). value is completely arbitrary, and is whatever the exop says it should be.

Performs an LDAP modify operation against the LDAP server. This API requires you to pass in a Change object, which is described below. Note that you can pass in a single Change or an array of Change objects.

A Change object maps to the LDAP protocol of a modify change, and requires you to set the operation and modification. The operation is a string, and must be one of:

modification is just a plain old JS object with the values you want.

Performs an LDAP modifyDN (rename) operation against an entry in the LDAP server. A couple points with this client API:

Performs a search operation against the LDAP server.

The search operation is more complex than the other operations, so this one takes an options object for all the parameters. However, ldapjs makes some defaults for you so that if you pass nothing in, it's pretty much equivalent to an HTTP GET operation (i.e., base search against the DN, filter set to always match).

Like every other operation, base is a DN string.

Options can be a string representing a valid LDAP filter or an object containing the following fields:

Responses from the search method are an EventEmitter where you will get a notification for each searchEntry that comes back from the server. You will additionally be able to listen for a searchReference, error and end event. Note that the error event will only be for client/TCP errors, not LDAP error codes like the other APIs. You'll want to check the LDAP status code (likely for 0) on the end event to assert success. LDAP search results can give you a lot of status codes, such as time or size exceeded, busy, inappropriate matching, etc., which is why this method doesn't try to wrap up the code matching.

The easiest way to write search filters is to write them compliant with RFC2254, which is "The string representation of LDAP search filters." Note that ldapjs doesn't support extensible matching, since it's one of those features that almost nobody actually uses in practice.

Assuming you don't really want to read the RFC, search filters in LDAP are basically are a "tree" of attribute/value assertions, with the tree specified in prefix notation. For example, let's start simple, and build up a complicated filter. The most basic filter is equality, so let's assume you want to search for an attribute email with a value of foo@bar.com. The syntax would be:

ldapjs requires all filters to be surrounded by '()' blocks. Ok, that was easy. Let's now assume that you want to find all records where the email is actually just anything in the "@bar.com" domain and the location attribute is set to Seattle:

Now our filter is actually three LDAP filters. We have an and filter (single amp &), an equality filter (the l=Seattle), and a substring filter. Substrings are wildcard filters. They use * as the wildcard. You can put more than one wildcard for a given string. For example you could do (email=*@*bar.com) to match any email of @bar.com or its subdomains like "example@foo.bar.com".

Now, let's say we also want to set our filter to include a specification that either the employeeType not be a manager nor a secretary:

The not character is represented as a !, the or as a single pipe |. It gets a little bit complicated, but it's actually quite powerful, and lets you find almost anything you're looking for.

Many LDAP server enforce size limits upon the returned result set (commonly 1000). In order to retrieve results beyond this limit, a PagedResultControl is passed between the client and server to iterate through the entire dataset. While callers could choose to do this manually via the controls parameter to search(), ldapjs has internal mechanisms to easily automate the process. The most simple way to use the paging automation is to set the paged option to true when performing a search:

This will enable paging with a default page size of 199 (sizeLimit - 1) and will output all of the resulting objects via the searchEntry event. At the end of each result during the operation, a page event will be emitted as well (which includes the intermediate searchResult object).

For those wanting more precise control over the process, an object with several parameters can be provided for the paged option. The pageSize parameter sets the size of result pages requested from the server. If no value is specified, it will fall back to the default (100 or sizeLimit - 1, to obey the RFC). The pagePause parameter allows back-pressure to be exerted on the paged search operation by pausing at the end of each page. When enabled, a callback function is passed as an additional parameter to page events. The client will wait to request the next page until that callback is executed.

Here is an example where both of those parameters are used:

Performs an unbind operation against the LDAP server.

Note that unbind operation is not an opposite operation for bind. Unbinding results in disconnecting the client regardless of whether a bind operation was performed.

The callback argument is optional as unbind does not have a response.